Ippolit is a survivor, born several hours after his seven brothers and sisters. He was lifeless and weighed only 66g. We gave him his chance and he has clung to life. Unfortunately, he did not receive maternal antibodies present in the colostrum, which earned him a purulent conjunctivitis of the left eye even before eyes opening. In spite of a prompt medical treatment followed later by a surgery, he kept permanent blindness in his left eye.
Ippolit has fully overcome his handicap, he is as nimble and turbulent as his brothers and sisters, and especially confident and affectionate. He moved to the same family as his half-sister Infinity. 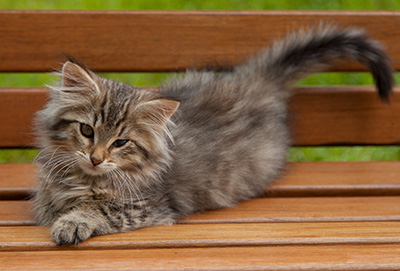 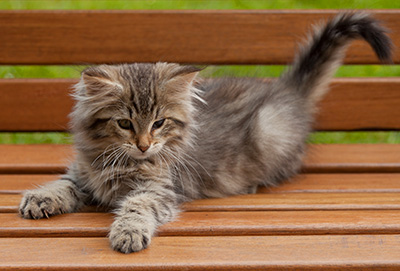 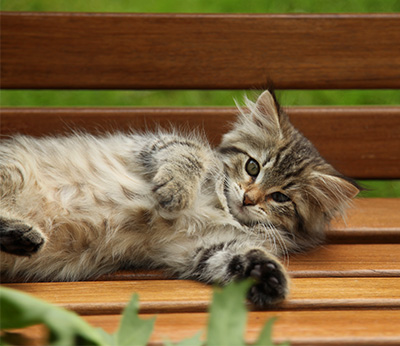 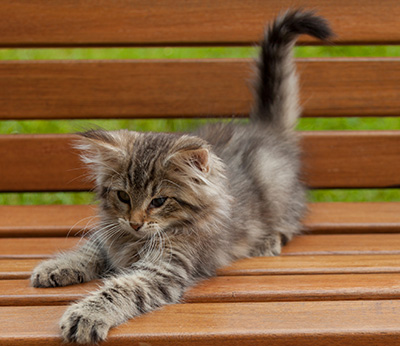 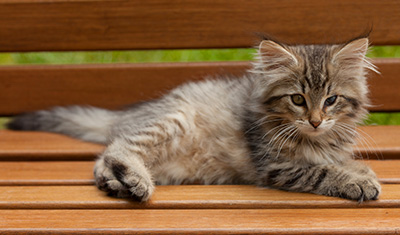 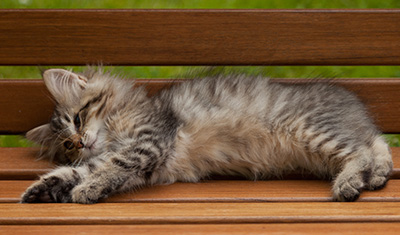 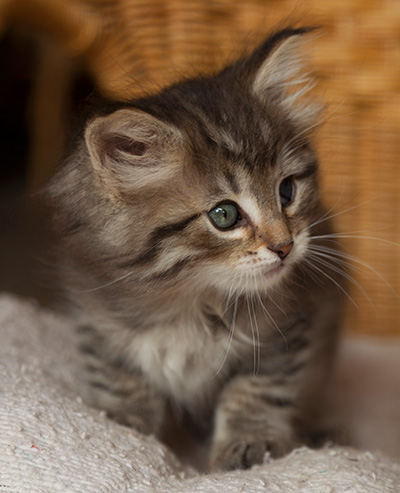 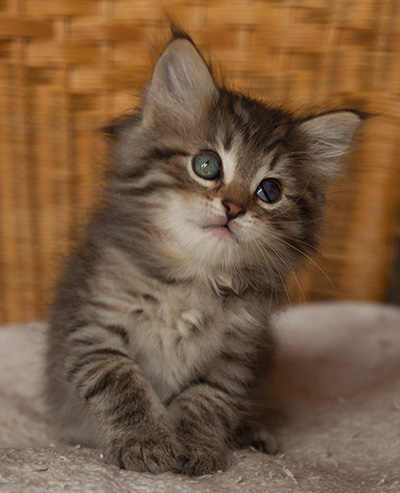 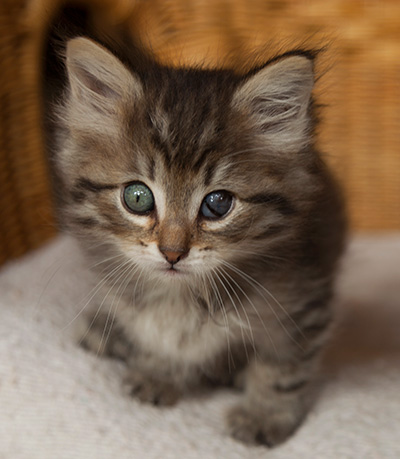 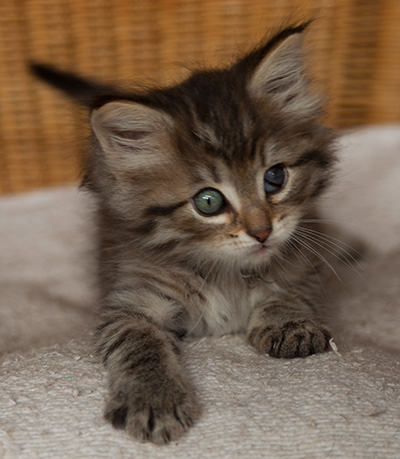 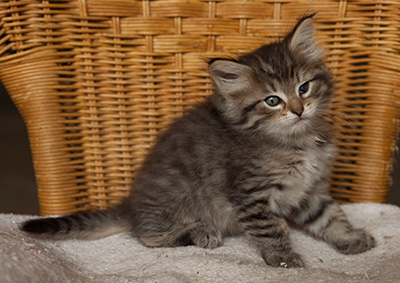 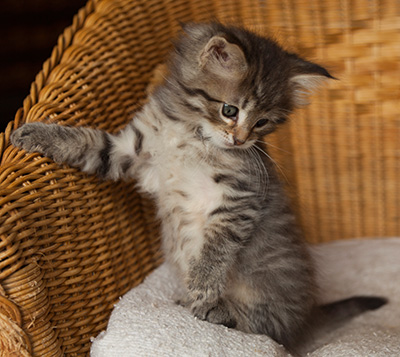 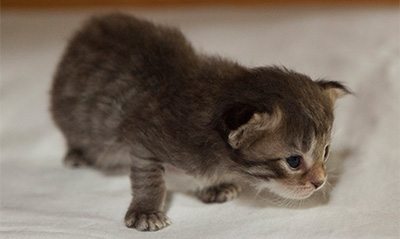 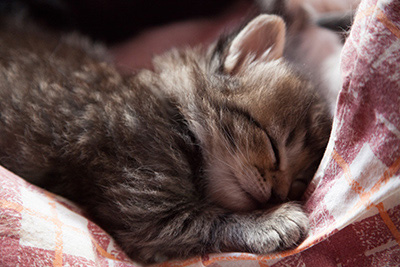 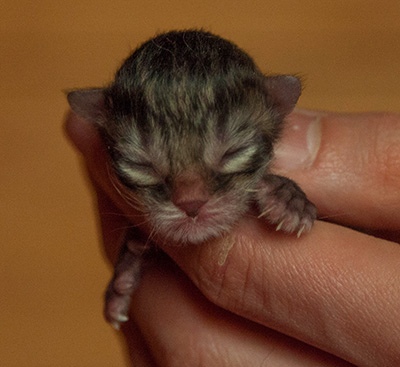 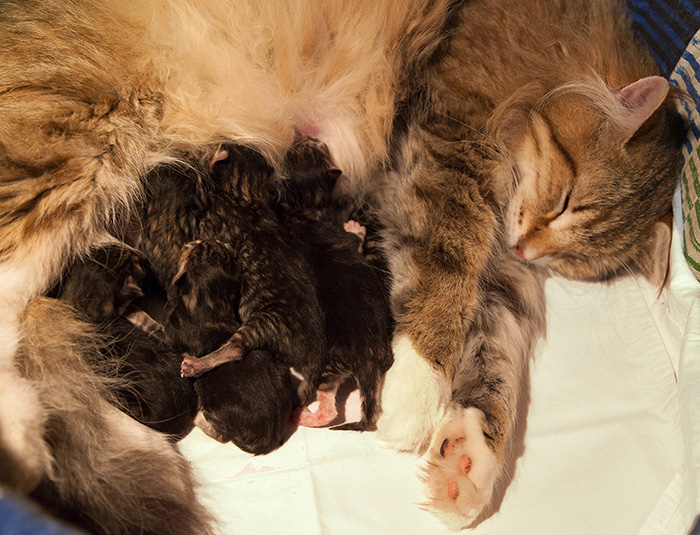