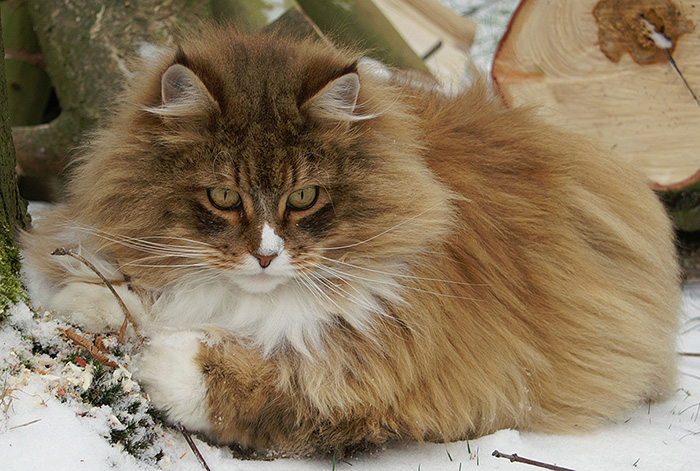 Mats Hvidnæse ("white nose") des Chênes d'Or is the first kitten born in our cattery. By considering that, but also because of his very special charisma and all his qualities, it was not possible for us to let him go. He has unfortunately had to be neutered before he could ensure his lineage, because of its very strong rivalry with his father Torsten Rødnæse, an especially dominant male. Mats had a surprising boning, a thick golden fur, very long lynx tips and a very beautiful look.
His swipe was terrible, alas for birds ! He did never fear anything or anyone, and he was even able to put Basile the donkey back in his place, with a big slap on the nose !
Mats was FIFe Champion and FIFe Grand International Premior.
Mats passed away on the 13 th of January 2014, at the age of 17 years old, as a result of a lymphoma. 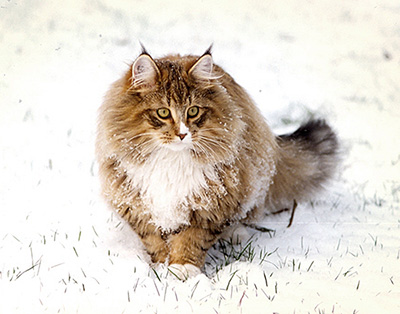 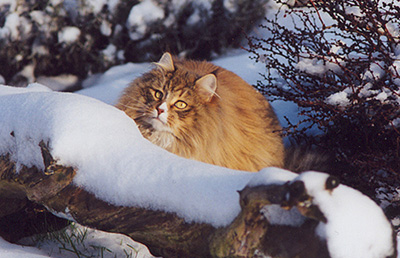 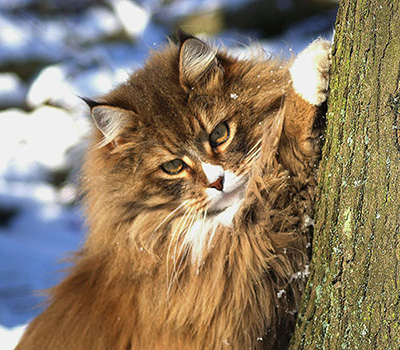 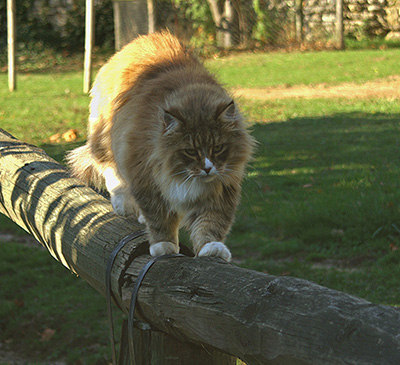 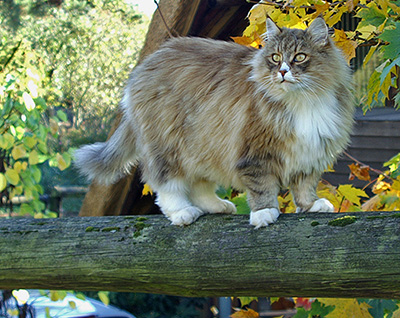 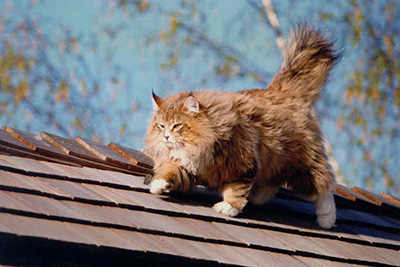